How to backup any VPS with Backup Cloud by IONOS?

in High-Tech & Marketing
Reading Time: 16 mins read
A A

The terrible disaster that ravaged one of the OVH Datacenters in Strasbourg reminds us how important it is to ensure that your data is properly backed up and to plan a business recovery plan in the event of a major disaster. By browsing social networks I can no longer count the customers who lost everything during this accident, official figures speak of 3.6 million sites impacted!

I have several VPS at OVH and IONOS. My VPS at OVH was not impacted because it is located in the OVH Datacenter in Gravelines. I do not even save it because it is not critical, in case of loss I reinstall a new one.

On the other hand, my SysKB site, which runs on a VPS hosted by IONOS, is particularly critical, so it is unthinkable that I take the risk of not protecting it. So I back it up daily and I synchronize the backups on my Synology NAS via RSYNC. My solution is fine and I will continue to use it but it has a major drawback: The recovery time.

In the event of a system problem or loss of the Datacenter, I need at least 4 hours to put SysKB back online, the time to set up a new VPS, to configure it, transfer backups from my NAS, and restore the data. Let’s imagine that the crash happens during my vacation, it will clearly make me in a very bad mood. SysKB is unpretentious but it allows me to pay a salary, when it is down, I no longer earn money.

Following the OVH disaster, I decided to further improve my recovery plan.

By contacting IONOS this morning I discovered a new offer called Backup Cloud which relies on software Acronis. Backup Cloud allows you to back up a VPS in Bare Metal / Image. This means that in the event of a claim I can restore the full image of my VPS to another VPS without complex effort.

And where the solution is even more interesting is that it is not limited to VPS hosted by IONOS!

Backup Cloud can in fact back up VPS from IONOS, OVH, etc., but also PCs and even our Android or iOS smartphones.. As long as there is an Acronis agent for your environment it works.

I suggest you discover how to subscribe and configure the Backup Cloud offer offered by IONOS to back up your VPS and especially to restore them quickly!

The offer is available in the form of a volumetry pack:

My VPS at IONOS is 120 GB but the offer Backup 50 more than enough for my needs. Indeed, if the envelope of my VPS is 120 GB, it only contains 18 GB of data. Add to this that Acronis will compress the data, you will see later that my backup will actually weigh only 8 GB. So with a Backup 50 pack I will be able to back up my VPS at IONOS but also that of OVH and ‘other devices.

Activate the backup of your VPS under Linux in Backup Cloud

If the solution proposed by IONOS makes it possible to back up a VPS located in its data centers but also at any other host, it is because the solution consists in deploying an agent on the system to be backed up. I will therefore show you how to proceed on the VPS which hosts SysKB. It really isn’t rocket science and there are only a few commands to type to install the agent. Once the agent is installed your VPS is detected in the Backup Cloud management console and you just have to define the backup strategy.

Once you have ordered your Backup Cloud pack, log into your IONOS account and go to Menu> Server & Cloud

Select the corresponding contract. I followed the advice of IONOS support who recommended that I open a dedicated backup contract rather than integrating the Backup Cloud service into my already active VPS contract. This way if I decide to close my VPS contract, the backup contract remains active since remember it allows to back up IONOS VPS but from any other supplier.

In the zone Management > Backup agent for servers, click on Download Agent next to the entrance Linux if you want to backup a VPS under Linux. You only see Linux and Windows in the interface, but it’s possible to save tons of other solutions just as easily.

Select the desired location for your backups, in Europe for example.

This is an installation script that you will need to run on your VPS. So once downloaded use a program like WinSCP or Filezilla to drop it in the Home directory of your VPS under Linux.

You must make the file executable, to do this type the following command:

To start the installation of the backup agent, enter the following command:

It is possible that the installation crashes due to an outdated Headers problem. Consider making a small apt-get update and apt-get upgrade as well as a restart of the VPS to properly update your kernel.

Now your VPS can be backed up, we go to the Acronis backup management console.

You see that the console detects an unprotected system. This is the VPS in which we just installed the agent. It is automatically reassembled in the console. The interface is user-friendly and fairly easy to learn.

Go to devices to view your unprotected VPS. I haven’t figured out how to rename the device to give it a more friendly name. Click on Activate protection in order to define a backup strategy for your VPS.

Here we define the backup schedule for your VPS. I select here an incremental type backup. This means that only modified files will be backed up. Your multiple backups will take up less space, and that will not change your recovery possibilities at all. In this example, I set up a backup every working day at 12:30 p.m. Click on Completed.

Other options are then offered such as encryption. Click on Apply.

Here is an offer from our advertiser

A message asks you to create bootable media. It is not required but it can make it easier to restore your system. Indeed to restore a complete system on a new VPS it would be necessary to deploy the VPS and install the agent as we did at the beginning of the tutorial. With the bootable media it’s even easier, just boot your VPS on an ISO image (most hosts offer this option on VPS) and you will access your backups without even having to connect to the backup tool management interface.

To access the backups after booting from the ISO you will need a code.

The backup strategy for your VPS is now ready, click on Run now to make a backup immediately or wait for it to be done according to the schedule in effect.

After a few minutes my 120 GB VPS was saved successfully!

Go to the section Backup storage. Backing up my 120 GB VPS with 18 GB occupied is only 8.64 GB! The compression ratio is therefore more than 50%. All subsequent backups will be incremental, so they will only take up very little space. My 50 GB space is therefore more than enough and I will be able to save my other VPS without any problem.

When I go back to my peripherals we can see that my VPS is well saved. Note the presence of the button restore.

There are plenty of possible restore options when you click Restore.

You can restore the complete machine or some specific files / folders.

To restore you have several possible options.

The tutorial is finished and I am sure that many of you will be interested in the Backup Cloud solution. When we have VPS in the Cloud we tend to neglect the backup because it is often complex and laborious to achieve. It is up to you to plan the backup of VPS, the host is not responsible for this type of offer because it is a VM that you manage yourself. On the other hand, to be an OVH customer, I can only regret that for my little VPS no option allows me to save it!

Backup Cloud offered by the host IONOS relies on the solution Acronis.

Acronis allows full images of an operating system to be backed up, which helps in the recovery process.

Even though Backup Cloud is a service offered by IONOS, it allows you to back up any VPS whether it is at IONOS, OVH, at home or elsewhere. I would even say that it is a very good idea, if you have a VPS at OVH, to save it at IONOS, you are at least certain that your backup will not be in the same Datacenter.

However, I asked IONOS where were the Backup Cloud backups and if it was in a different Datacenter than my current VPS. The backups are in Germany while the VPS are in Spain.

Finally, here is the list of devices supported by Backup Cloud. You see that beyond your precious VPS hosted in the cloud you can use the solution for many other devices under Windows, Linux, Mac, iOS, Android, but also very specific environments like VMware, Hyper-V, KVM , Oracle …

So obviously if your need is to back up a large volume of files stored on your workstation, you should rather focus on an unlimited file backup solution in the Cloud like Backblaze.

Here is my GPS for cycling! The Garmin Edge 830 is a real success with a battery life of more than 15 hours activated mapping and a now absolutely perfect touch screen that reacts to the finger and the eye, like a smartphone.

Create a route on Strava or Garmin Connect and it is immediately transmitted to your GPS. If you are in a rush or in an unfamiliar place, the loop generator will simply guide you. If you decide to change to another path, the recalculation is automatic and a new route will be proposed to you.

See my ranking of the best GPS to find out more! 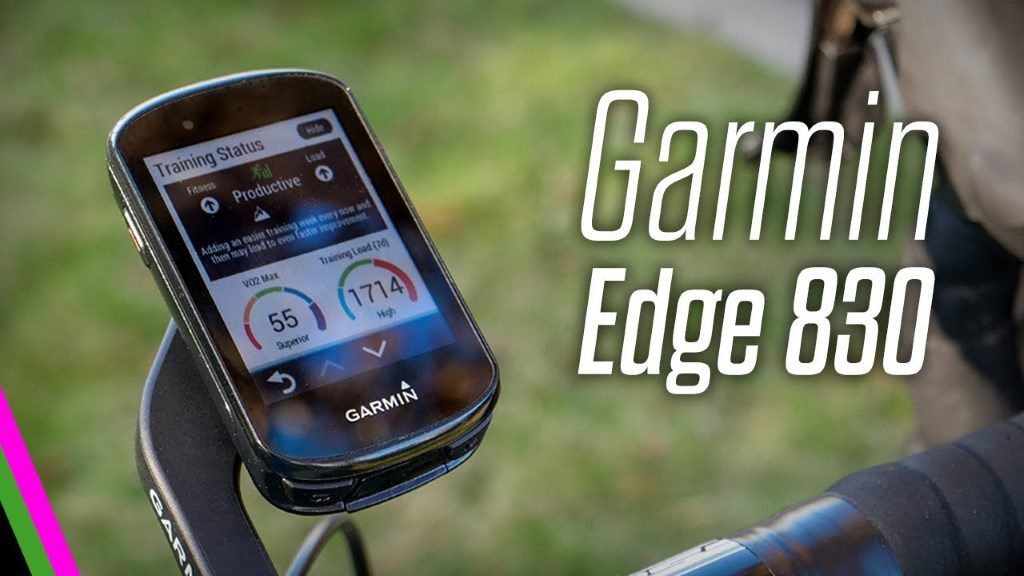 Passionate about technology, Windows, and anything that has a power button, he spent most of his time developing new skills...

Caïd: Opinions on the French mini-series are mixed

What is a BLEM in slang?

How do you become a silent partner in a restaurant?

Does Starbucks still give birthday rewards?